On April 16, Muppies Toronto hosted their 3rd annual Women in Leadership Development Forum with over 150 in attendance, the largest turnout since the event’s establishment. The featured guest speakers included:

Each of these speakers have accomplished a great deal and serve as role models for Muslims and women alike.  Attendees praised the speakers’ abilities to resonate their success, convey a strong message about how they broke certain barriers to get to where they are, and their willingness to lend a helping hand to fellow Muslims.  See below for a few key takeaways.

Be confident in yourself.

The leadership world is dominated by males, and many females believe that this is simply how it’s supposed to be.  They instinctively doubt themselves and shy away from certain opportunities thinking that if they expose themselves to high profile occupations, they will be subjected to discrimination by non-Muslims and males.  Our speakers recounted examples on how they went into their fields with their heads held high, not letting those obstacles bother them. Nafisa relayed a story about a friend in the medical field who was discriminated against by a patient and this led to fear similar discrimination by high profile clients when she was about to enter a prominent Bay Street law firm. However, she overcame this inner fear by being confident in her work and not letting the fact that she was a Muslim woman negatively differentiate her from peers.

Behind every successful person is a mentor because leaders aren’t born. They are molded with the right training. Even though Natasha is working as a senior leader in one of the largest technology firms in the world and has a computer science degree, she was surprisingly very poor in math in school. However, an older person from her community tutored her in math, which helped her be one of the top students in her class and gave her the confidence and skills to obtain a computer science degree, at a time when only 10% of her class was composed of women.   If it weren’t for that mentor, she would not be where she is today.

Believe in your faith.

Many assume that you have to abandon your faith to be successful in certain career paths, but our speakers clearly disprove that theory and illustrate that having faith and success do not have to be mutually exclusive. The key is to be confident about your beliefs.  If you show doubt, it will be seen as a sign of weakness.  Moreover, Yasmin gave examples on how upholding her faith actually helped her progress.  For example, when she was working overseas, she was asked to be the project lead because she was the only non-drinker.  She capitalized on this opportunity to prove her skills, which led to further recognition.

The words of wisdom imparted by our speakers resulted in a very thoughtful question and answer session afterwards, with male participants joining in as well and discussing the need for their gender to do their best in advancing female leadership.  A strong support in the Muslim community is needed for both genders, and together we can break these barriers in bringing positive change to society as a whole.

Written by Saira Rahman, On Behalf of The Muppies Toronto Board

Each month, Muppies features an event hosted by one of our Local Committees. Muppies has Local Committees in various cities across the world. This event occurred in April of 2015 in Toronto. The opinions in this piece do not necessarily reflect the opinions of Muppies, Inc. 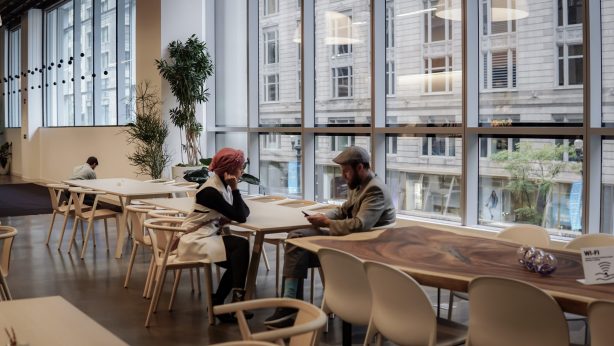 Muppies Toronto kicked off 2015 with a special event titled...

Our featured member for July 2015 is Sajjad Chowdhry.  Sajjad has...

Director of Programming and Local Engagement

Ali Khan currently works as a Sr.Program Manager at Microsoft and is working within Azure Customer Experience.