Sabina Mohammed is a passionate volunteer who led a virtual phonebank program for over 1,000 Muslim volunteers during the 2020 presidential election. Prior to manning the phonebank program, the majority of Sabina’s community service efforts were spent in the nonprofit arena, which led her to the conclusion that many nonprofit organizations exist to counter or fill gaps in federal, state, and local legislation. Sabina feels that these fundamental issues need to be addressed at every level of government, hence her motivation for getting involved in voter outreach.

Each and every week during the runup to the election, Sabina spent countless hours recruiting hundreds of volunteers and moderating each phonebank session to ensure that Muslim voices were heard. During her time moderating these sessions, Sabina motivated and supported volunteers under her supervision, most of whom had never made a single call for a campaign before. In the words of Sabina’s supervisor and National Muslim Organizer, “Sabina took initiative in organizing…. She looked ahead to perceive and address operational issues before they could arise. Through her consistent community organizing and relationship-building, she sparked momentum nationally and mobilized Muslims to take part in an unprecedented presidential campaign.”

Based in Houston, TX, Sabina also organized local campaign events called mapping parties, during which volunteers identified supporters, brought in interested parties, and registered voters. Working with the local Texas Campaign Director, she also helped put together a Houston-wide barnstorm, a huge volunteer organizing event. She even served as a delegate to a National Convention for a major political party this past August representing Texans!

“Over the years, I have been involved with many different organizations who served a variety of causes, including, but not limited to, food insecurity, refugees, homelessness, domestic violence, special needs, and literacy and education. I learned more about how we address the pressing issues our country faces.”

Sabina has been involved in a variety of different organizations and efforts because she has a surplus of interests and passions. Picking just one favorite cause, for her, is anxiety inducing! She even co-founded a youth group called Muslim Youth Serving Society for Muslim girls who do a different service project every month. She loves to explore different activities and different causes and recommends that newbie volunteers do the same so that they can find something that is a good fit, and so that they stay motivated to go, give back, and encourage others.

Interested in volunteering, but don’t know where to start? Sabina recommends logging into any social media platform to look for causes or organizations that spark interest. Follow them and look for events (virtual nowadays). A social media account can take you to a website, an app, and a variety of different avenues to volunteering. Sabina recommends that, once you’re tapped into the communication channels of the organization or cause, start raising your hand to offer support. She says:

“Allow yourself to explore your strengths and don’t ignore your gut.”

When your gut draws you to a cause, it might just change your life. Sabina didn’t have extensive experience in political organizing, but she learned along the way. “No one’s going to be perfect the first time you do something. If you wait to be perfect, you won’t get anything done.” Do as much as you can and make it work with your career, family, or any other personal obligations you may have.

Of course, we all get busy. Even Sabina took what she calls a “break from nonprofit volunteer work” for a few years to focus on her career. She spent over four years at Ernst Young in their Financial Accounting Advisory Services practice. Even when she took a break in community organizing after a big promotion, she was still focused on being a leader, just within her own practice. She volunteered as the March of Dimes campaign coordinator for her Houston office and acted as an Innovation Ambassador at work.

Sabina has also been involved with Muppies since she graduated from college. She kept herself abreast of Houston City Committee events and went to conferences in New York, San Francisco, DC, and Chicago, while also– in true Sabina fashion– volunteering at the New York and San Francisco conferences.

Muppies has been a big part of Sabina’s professional life. She was an external auditor for 3 years, then went on to SEC financial reporting at an oil company. She wasn’t getting growth opportunities and felt no upward motion. So, she reached out to the Muppies listserv to ask for advice. One of the mentors with whom she connected gave her the best advice she’s ever gotten. “Monumental,” she said. It helped her think through her decision making and provided a good perspective. Sabina insists she wouldn’t be where she is without the mentorship found through Muppies.

Join Muppies LA for a Networking Dinner at Naab Ca

In 1971, Representative Bella Abzug championed a b

Mark your calendars for the next New Member Orient

Happy Friday, and a big welcome to our newest Exec

Thank you to all who came to Muppies NYC's Eid + S 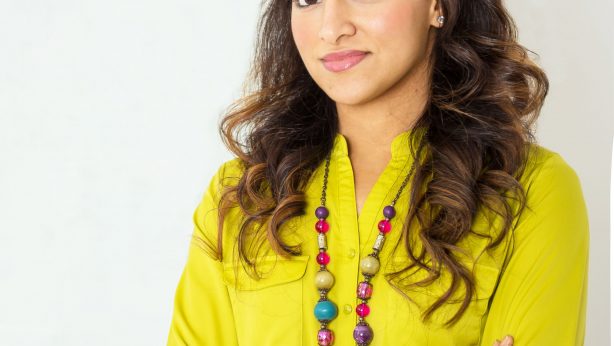 Farida Talaat is on the Move 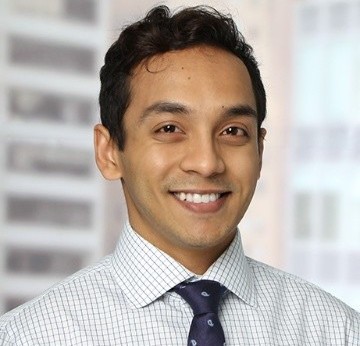 Rameesha brings a wealth of experience in project management and technology. She has a diverse professional background in healthcare, IT, and the media industry. She is passionate about learning from and engaging with industry experts, building strong relationships, and helping young professionals excel in their careers. When she’s not being a busy bee, she loves exploring new eateries, skiing, and shopping.⁠

Ali Khan is currently a Systems Manufacturing Engineer at The Boeing Company where he helps strategize and manage the integration of new airplane concepts and designs. He has supported several engineering teams in the areas of production risk assessment/mitigation and manufacturing process improvement. He has also worked at General Electric (Oil & Gas, and Aviation) and Phillips Health Care in technical and marketing roles, respectively.